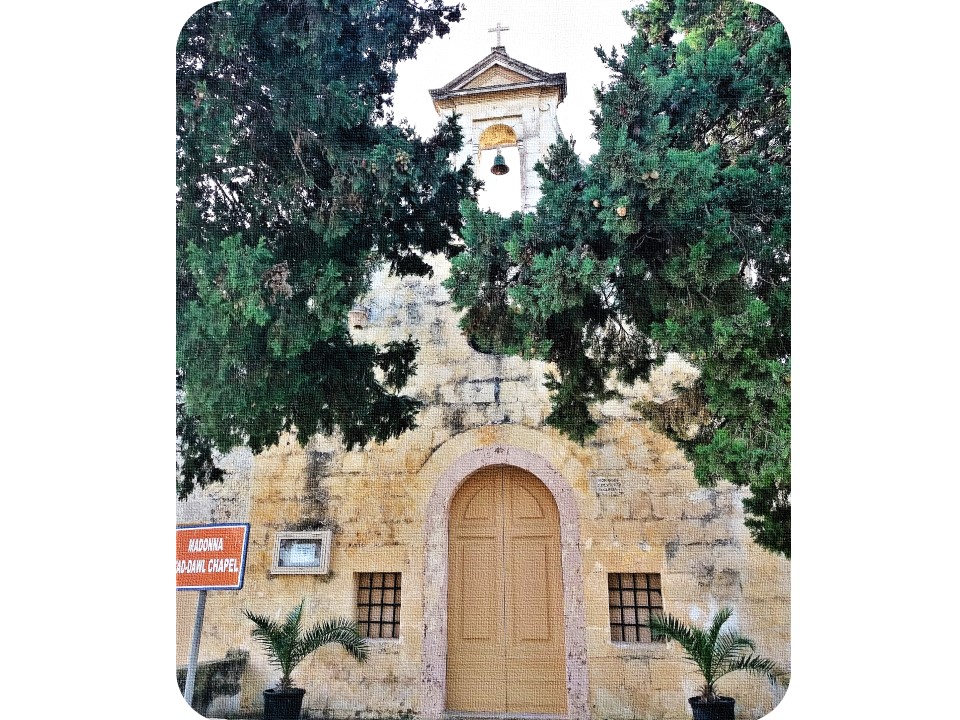 On the Wed Walk of 8th July we traversed the old parochial confines of the Zejtun to Zabbar close to the church of Our Lady of the Light (Madonna tad-Dawl).

It struck me as odd how a 17th century church was dedicated to Madonna tad-Dawl, a Marian devotion that did not take root in Malta as much as other better known Marian devotions and that reached Malta in the early to mid-18th century.

The church of Our Lady of the Light (Madonna tad-Dawl), on what were the 17th century parochial limits of Zejtun and Zabbar, was earlier dedicated to Saint John the Baptist. However, it appears that some time after the creation of the Zabbar parish in 1615 the church of St. John the Baptist on the Zejtun / Zabbar limits (il-Bidni) was deconsecrated by the church as it fell into disuse. A year before the creation of the Zabbar Parish by Bishop Baldassare Cagliares (1615) the South had suffered a devastating attack (albeit a pyrrhic victory for the Maltese and the knights). As a result, inhabitants moved away from some of the coastal areas in the South until these were better fortified between the reigns of Grandmaster Wignacourt and Grandmaster De Redin.

It was re-consecrated again as a church in the 1730s by Bishop Paul Alpheran de Bussan and in the 1750s it was dedicated to the Lady of the Light (Madonna tad-Dawl) when this Marian devotion reached our shores from Sicily. Although strong for a period of time, this particular devotion was relatively short-lived. The icon associated with this devotion – Mother Mary pulling a child away from the devil – is associated with a dream of a Sicilian Jesuit who then propagated this devotion of the Madonna as a Protector from evil.

There is one other church dedicated to Madonna tad-Dawl, i.e. in Zebbug on the confines of the village before descending into Wied Baqqiegha. This church, earlier known as tal-Qassis Nardu and dedicated to the Nativity, was re-consecrated as Madonna tad-Dawl in the 1730s also during the time of Bishop Paul Alpheran de Bussan.