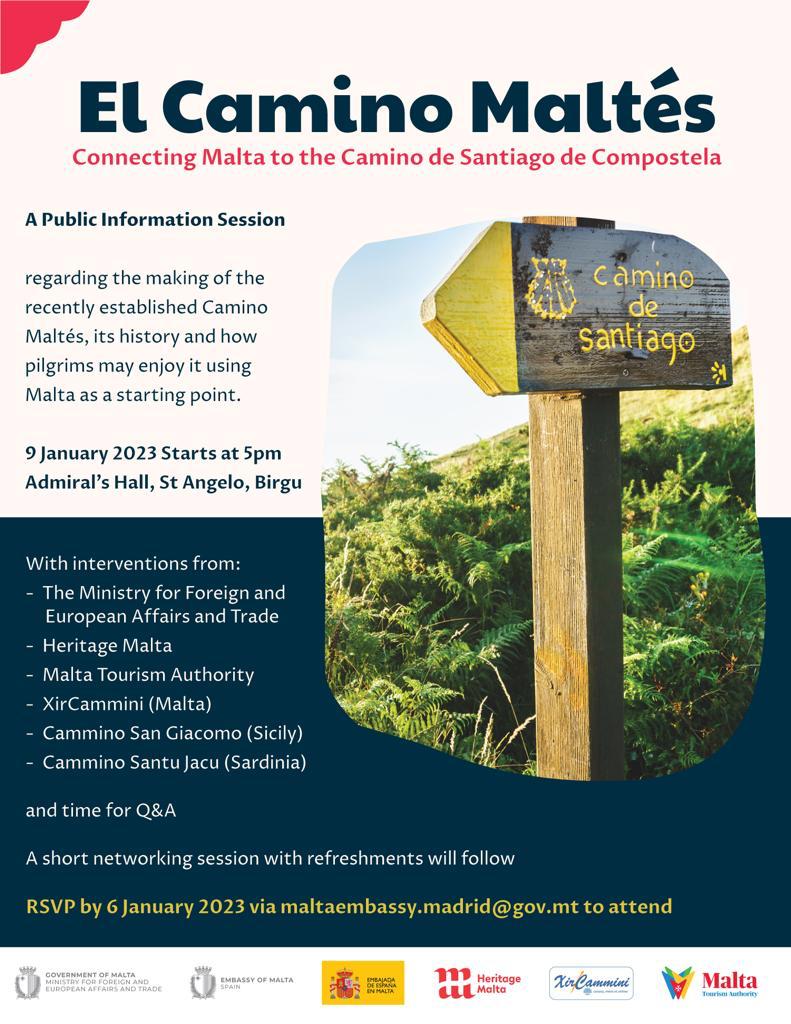 The Camino de Santiago, also known as the Way of St James, is a 1000 year old plus network of pilgrims’ ways leading to the shrine of the apostle Saint James the Great in the cathedral of Santiago de Compostela in Galicia in northwestern Spain. It is done by more than 300,000 people on averageper year and may be completed via a pan-European network of routes.

The scope of this information session is to provide information on: (i) the work required to produce the ‘Camino Maltés, (ii) historical details identified along the way, (iii) technical details for interested pilgrims and (iv) Government’s vision in utilizing the Camino Maltés as a vehicle to promote Malta’s multi-millennial Christian faith and in expanding the Archipelago’s potential as an international hub for faith tourism.

We’d love to have you with us at the event. Please join us on 9th January 2023 at 17:00 at the Admiral Hall for a press conference and social networking event. Please register before 6th January 2023 by following this link. There is no charge for registering but seats are limited.