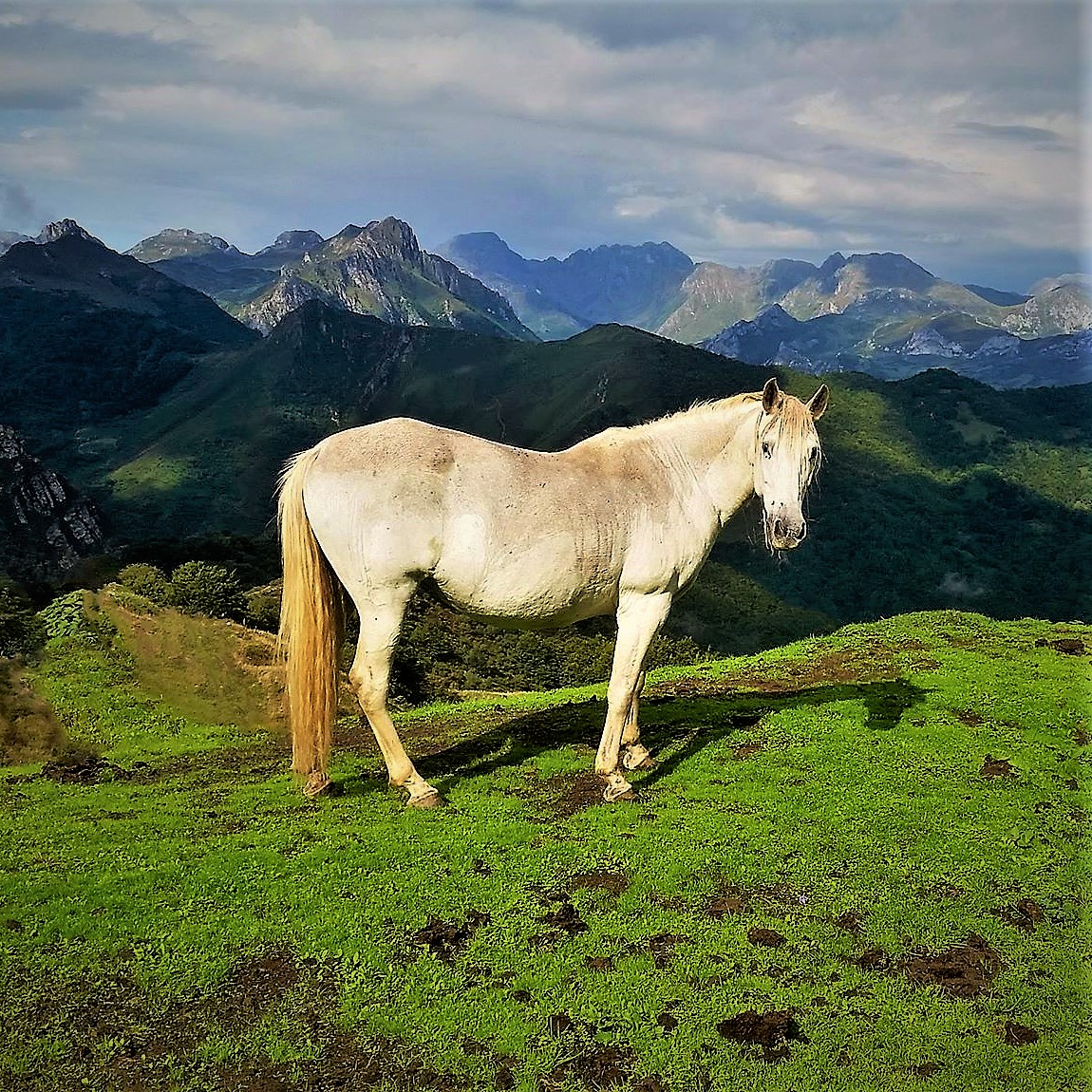 As the old saying goes, “All roads lead to Rome.” This is also to a great extent true with Santiago de Compostela with so many European trails being re-created (or having been recreated) from all ancient kingdoms, princedoms, dukedoms or bishopric states Santiago-bound.

Within this context there is also the discussion of which is the oldest route on the Camino de Santiago. Many cite that it is the Primitivo, based on the story of the discovery of the holy relics and the visit being made in the 9th century by the King of Asturias, from Oviedo, a region relatively to the North of Spain that was not conquered by the Arabs. This is disputed by some. The preamble of the Statute of the Arch Confraternity of St. James refers to the Asturian story as a legend aimed at fuelling the fight against the ‘infidel invaders’ by turning St. James into a sacred warrior; the Matamoros. It bases its assertions on the Codex Calixtinus stating that these events happened simultaneously with the conquests of the Frankish king, Charlemagne, through Europe. The Codex itself is based on the pilgrimage of Charlemagne on what is today the Camino Francés.

The dispute, as to whether the Camino Primitivo is indeed the oldest Camino or whether it is the result of distilling a Romantic sentiment and to consolidate support for the Matamoros, is not a recent dispute. An element of rivalry among the 2 Caminos also seems to have existed. From this stemmed the saying, “Whoever goes to Santiago without going to San Salvador (Oviedo Cathedral) honours the servant but not the Lord”. The Cathedral of Oviedo is dedicated to Christ the Saviour, “San Salvador”.

From this saying emanates the name Camino de San Salvador; a 130km Camino from Leon to Oviedo taken by some pilgrims on the Camino Francés who also wanted to visit the Cathedral of San Salvador in Oviedo and continue the Camino route from there.

Joseph Farrugia, a Logistics Manager, still in fulltime employment, takes time off every year to walk a Camino. XirCammini interviewed him after he walked the Camino San Salvador.

Joseph has walked the Camino Francés, part of the Portugués, the Camino Inglés, Camino Finisterre and the Camino Primitivo in full. In addition to this he also walked segments of others.

His latest Camino was the Camino San Salvador.

I learned about the Camino Salvador only recently when I was researching about which Camino to walk next. At that time, I was thinking of doing part of the Camino del Norte. However due to vacation leave restrictions I had to opt for a shorter one.  I read that the Camino San Salvador was a very solitary one, walking mostly on the mountains and on quite challenging and tough terrain at times. I perceived this would offer me a complete break from my office routine which I felt was what I really needed at that time. It promised me time just with myself alone in nature and on the mountains. So I decided to do it. Since it is a short Camino I decided to combine it with the Camino Primitivo to spend around 15 days on both.

It was an amazing journey. Nothing prepared me for this. Walking alone, without meeting anyone during the days. Just nature, mountains and feeling like a drop in an ocean, day in day out. It was the best inward journey I have ever experienced.

I do not have a pre-set time when to wake up or start walking whenever I am walking a Camino. I’ am generally the last one to get out of bed and, whenever possible, I’ll take my time to savour a coffee and a tostada before I start my walk. If I had to calculate an average time, I would say I was starting out each morning at about 08:00. My shortest walkinf day was of 16km, from Poladura de Tercia to Pajares. It was also the most beautiful and arguably the hardest due to the very steep mountainous inclines. My longest walking day was of 34km from Pola de Lena to Oviedo. I averaged about 26km per day.

On this Camino I knew I was not going to meet too many pilgrims. It was going to be I me and myself and I was prepared for it. The people who were walking this Camino at that time (8 or 10 of us depending the days) only met in the evening once we arrive at the albergue. All were very experienced on different Caminos with lots of kilometres under their belt. I felt very much a newbie; however it was lovely spending time with them in the evening. There was a strong communal feeling and camaraderie between throughout the pilgrimage.

This Camino is very different than any other Caminos. One needs to be prepared to walk day after day in solitude. The terrain and very steep hills make it very tough. One also cannot have shorter days since the albergues are few and far apart. There is nothing in between. Cafés, shops or supermarkets are very scarce so one must carry sufficient food and water for most of the days. Even the villages where we stopped at the end of the day consisted mostly of a few houses and an albergue; nothing else. Food would be prepared by the hospitalera. That is a beautiful experience in itself. On the other hand, the scenery along the mountains and walking in solitude and peacefulness were amazing.

The albergues were very simple with around 12 available beds each. However, in their simplicity, they were all special. One of the best stays not only due to the natural surroundings but also because of the wonderful communal meal prepared by the hospitalera was at the albergue of Pajares.

There were no towns along the way. There were only small villages. Pola de Lena was lovely but not to spend extra time in it. The beauty of this Camino weren’t the towns or villages but what lies en-route in between and the inward peacefulness this evokes.

It is a relatively tough but beautiful Camino.

It’s not for beginners. One must be ready to walk alone and be aware that if anything happens along the way one is alone. Terrain with steep inclines, some treacherous descents in wet and muddy conditions.

Notwithstanding all of this it is one of my most memorable Camino experiences. to date.