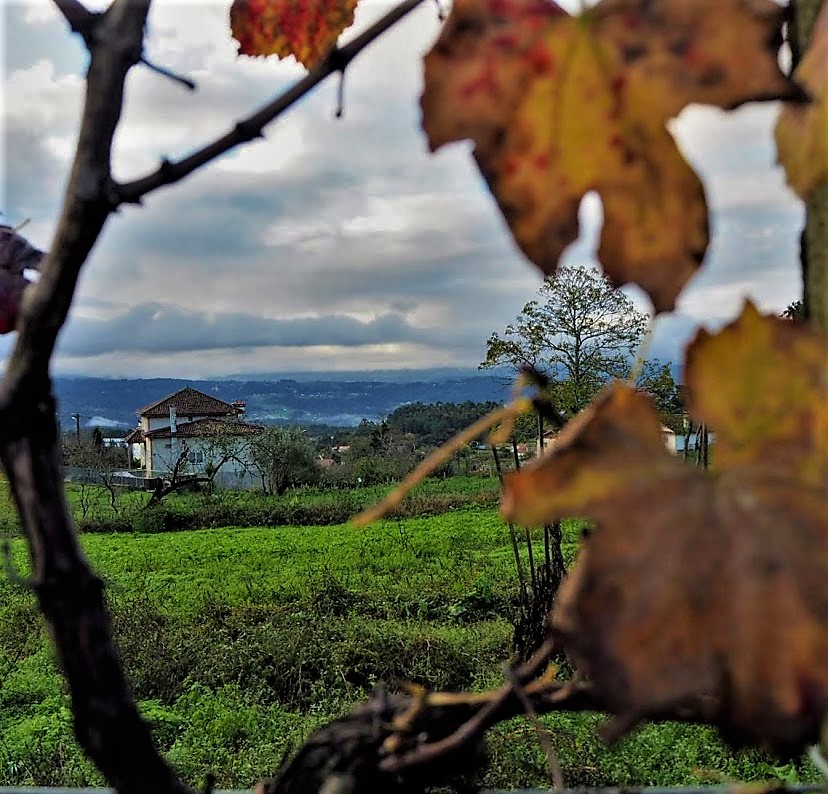 The Camino Sanabrés is 368km long, starting in Granja de Moreruela, in Zamorra, to Santiago via Ourense. Ourense to Santiago represents the last 100 km of this Camino. It starts from where the Cistercians had chosen to built their first monastery in 1143 on the site given to them by Emperor Alfonso VII where a Benedictine monastery stood earlier.

Alfonso VII, son of Raymond of Burgundy and Urraca of León, who adopted the title of emperor of Spain, was King of Galicia,  of León and Castile and through his mother, Urraca, inherited direct rule of Toledo from earlier Muslim control.  He was the first of the House of Ivrea to rule in the Iberian península as far as the river Rhone.

The Cistercian monastery has its beginnings at a time when the Reconquista was gaining momentum after Pope Alexander II and Pope Uran II granted indulgencies to fighting the moros in the Iberian Península.

The Camino Sanabrés traverses several ancient roads that predate the Camino including Roman, Celtic and Arab roads. It was also part of the ‘Silver Road’ during Roman times linking central Spain to Astorga and beyond. It was also the road taken by merchants and farmers from central spain to Castile and león. As a result several hostels, inns and hospitals developed along this route.

The road via Ourense was chosen by many to by-pass Astorga on their way to Galicia.

XirCammini Interviewed John Chircop, an IT professional and a Camino aficionado, who recently walked the last segment of the Camino Sanabrés.

Was this your first Camino? If not, how many / which Caminos did you walk before this?

No, I walked a few others, in groups, with a small group of friends and even solo. These include the Francés from St Jean Pied du Port, the Portuguese from Tui, the Finisterre loop via Muxia and the the Camino Primitivo last April. My most recent is the Camino Sanabrés

What motivated you walk the Camino Sanabrés?

Several thought processes and a specific set of circumstances led me to undertake this Camino.  The catalyst was probably the availability of direct flights to and from Santiago in the shoulder seasons of November. It took me literally just a few minutes to make up my mind and book this solo camino. I originally intended to walk the Inglés but then discovered this amazing route which promised more solitude, roads less walked and, as a result, a greater challenge overall.

Once there did this motivation change? Did your outlook change?

Not really, but admittedly there were moments where I questioned the sanity (for lack of a better word) of walking solo in relatively poor weather and route conditions for several days, meeting no one en-route Conversely being solo helped me focus more on the ‘here and now’, and it consequently seemed that the whole walk was over relatively quickly. The only issue was that it felt like it is too short, I got to Santiago 1.5 days earlier than expected.

Unfortunately trying to access earlier stages with public transport in order to make the walk longer proved very difficult. The only option seemed to pre-book a taxi, which, in addition to the expense, to some extent jars with the pilgrim experience I was seeking.

What time did you start walking in the morning? What was (from where to where) was your longest walk? Which was your shortest? What was the average you covered per day?

In November the sun rises rather late in Galicia, and I was not keen on walking in the dark given the prevailing weather conditions. I felt like 8.30am was the earliest I could start, and that is what I mostly did. In November, dusk in Galicia is around 5pm.

The longest day was from Estacion de Lalin to Punta Ulla, which is close to the 35km mark. What made it more challenging were the appalling weather conditions. Walking solo in heavy rain and 5·C temperatures. In such situations I feel the brain coming alive re-kindling  an inner spirit of adventure.

The shortest day was the second, from the Oseira monastery to Lalin. I could not even figure out how long I walked, as the guide app I relied on did not make much sense on that day. To be fair, I took an alternative route. I got bogged down in flooded and very muddy trails and it took me several hours to cover the first 11km, on an empty stomach. At 3.30 pm I realised that the planned stop was another slow 8km away so I cut the day short and stopped at an albergue just off the path.

The average daily distance was of 30km.

How important was it to ‘share your experience with others as you walked’? i.e. Did you look forward to meeting others on the Camino; sharing your experience and hearing their story?

I picked a lonely Camino and yet still think that ‘deep’ conversation, the like of which is so common on the Camino is a big highlight for me on this Camino. Once I got to the Santiago albergue I was looking forward to meeting others to exchange experiences, and once again this did not disappoint. Some of the people I was lucky enough to have a conversation with reinforced my Camino experience with theirs.

I am particularly fond of solo walking precisely for this reason. My personal experience is that one is more likely to find, and be open with total strangers. I will not go into a lot of detail, but one of the inspiring persons I met has struggled with clinical depression, having  been in therapy since the age of 3. But on the brink of adulthood, at the tender age of 19, she decided to walking to Santiago, from her home town in Maastricht (NL), taking her a four and a half months! A Camino reinforces that we are not alone on the metaphorical journey of life and that there is strength in numbers even if these consist of pilgrims traversing our daily paths.

Did you book your accommodation or did you rely on providence at every stop? Would you have planned differently (in hindsight) when it comes to accommodation?

I booked no accommodation at all. I am a compulsive planner by nature and wanted to embrace the uncertainty and discomfort of needing to rely on providence. I am glad I did it this way and would do so again.

Is there any accommodation  that stand out in terms of service? Are there others that you would not recommend?

The Last Stamp Albergue, in Santiago, is in my modest opinion second to none. Bang in the middle of the historical centre of Santiago, helpful multi-lingual staff, cordoned off beds between partitions, and includes all amenities one needs. The monastery in Oseira offered plenty of excitement – a cavernous space oozing in history. But it was incredibly cold, damp and very, very basic. I would not recommend it for a shoulder season.

Along the route which were the towns or villages worth spending some extra time in and why?

Ourense is a lovely city and I was lucky enough to meet with a festival while I was there. So I could witness traditional music, singing, food etc. Cee also looked like a promising place, but I was on a tight schedule and could ill afford to look around. The poor weather also encouraged me to keep moving.

What did you expect to experience at the end of the Camino? Was it everything you expected ? was it more than you expected?

I deliberately try to have no or at least low expectations, as I find those are likely to ruin the experience should they not materialise. Also, because one is conditioned to look for an outcome, there is a good possibility missing out on other important observations and lessons just because I am not looking out enough. While this is easier said than done, ‘living the moment’ is what brings out the best of the Camino and of most (inner/outer) experiences.

If you had to sum up the Camino in a few words who would you explain it / sell it others?

A week of solo trekking faced with the raw power of nature, in isolated pockets of the magnificent Galician landscape.

This presented a brilliant opportunity to reflect and allow buried feelings and thoughts to surface. But equally important, to ‘live the here and now’, be immersed in and absorb the whole experience and be in touch with my senses: often cold and wet but fully energised and driving forward.

If one is after a more ‘rugged’ Camino experience with few amenities and does not mind the temperamental Galician weather, the Sanabrés is one definitely worth considering.